“Burnham takes the German A-bomb project and a real-life, elite anti-Nazi conspiracy and tills them as rich soil for speculation. Scientific facts, historical figures, and actual events combine to create a vivid and convincing thriller.”

“Burnham nicely threads the needle of atomic bomb history to stitch together fact and fiction, imagining the German anti-Nazi Underground fighting to preserved the future of humanity.”

“In The Armageddon Secret, Burnham not only tells a suspenseful tale that expertly interweaves well-researched historical facts with speculation and fiction, but his story also pays homage to that
group of unknown heroes whose deeds during
the war will never be known but whose impact on its outcome were significant. The story is
well-written and draws you into the world of 1938 Germany with its vivid descriptions of the time and place. It’s not only a good story but an excellent history lesson. I highly recommend this book to both those interested in history and those who just want a damn good read.”

“In The Armageddon Secret, Burnham weaves a convincing explanation for the greatest spy story never told while emphasizing historical integrity. The result is a tension-packed narrative entwined with a scientifically accurate recount of how Hitler’s nuclear weapon program might have failed. “The Armageddon Secret” is a highly recommended read if you enjoy WWII stories, espionage, or simply compelling historical fiction 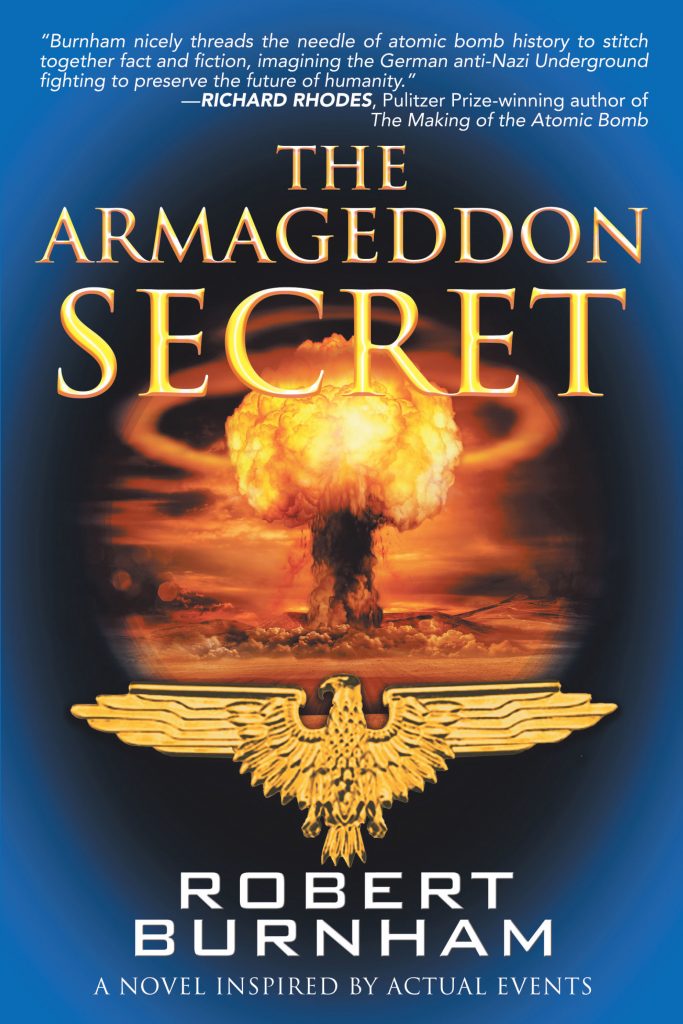 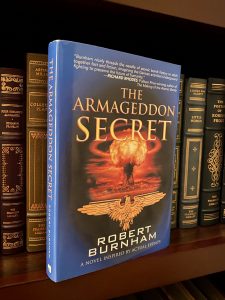